what exactly is blockchain?

Blockchain is a shared, immutable ledger that facilitates the process of recording transactions and tracking assets in a business network. An asset can be tangible (a house, car, cash, land) or intangible (intellectual property, patents, copyrights, branding).

Virtually anything of value can be tracked and traded on a blockchain network, reducing risk and cutting costs for all involved.

How does it work?

2.Chaining the blocks (with a hash):

Three blocks, all containing some transaction data. Not quite special yet. You can compare it to some stand-alone word documents that simply describe what transactions have occurred and how these have impacted certain balances.

3.How the signature (hash) is created:

4.When does the signature qualify, and who signs a block?

A signature doesn’t always qualify. A block will only be accepted on the blockchain if its digital signature starts with — for example — a consecutive number of zeroes.

5.How does this make the blockchain immutable?

6.How is the blockchain governed? Who determines the rules?

The blockchain protocol does this automatically by always following the record of the longest blockchain that it has, because it assumes that this chain is represented by the majority.

7.Where does this leave cryptocurrencies?

Is blockchain is the future of this generation?

yes, I would always vote for the yes because blockchain is one of the most emerging technology now a days. and also it can’t be hacked so easily because most of the system are inter connected.

With the number of job openings exceeding qualified developers, blockchain development is one of the fastest rising fields in the labor market. A successful career in blockchain engineering offers multiple job paths and an opportunity to work on innovative projects using cutting-edge technology.

The future of the block chain is in the hands of the student or learner who wishes to learn it. the technologies like blockchain should come so that we can stop many of the illegal work that are running in this society.

so what’s your opinion guys do let me know. 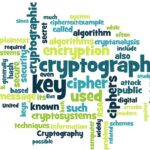 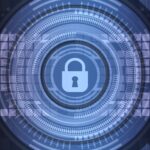