As we know, RSA encryption is an asymmetric cryptography method which uses two different keys for encryption and decryption purpose. Moreover, RSA is an acronym for Rivest, Adi Shamir and Len Adleman.

Asymmetric key cryptography is the one which uses a secret key (private key) and public key for encrypting and decryption. In addition, public key will encrypt the plaintext and private key will decrypt the cipher text.

Firstly, take a look at the following example:

In plain text attack, attacker knows some block of plain text and tries to convert it into cipher text. We can prevent this attack by using padding bits for encryption.

Plain text attack can be further classified into three major attacks. One is short message attack. Second is cycling attack and last one is unconcealed message attack.

In chosen cipher attack, an attacker can try to find plain text from given cipher text using extended euclidean algorithm.

In factorization attack, attacker will impersonate the key owner and using stolen data, he can decrypt sensitive information.

Evaluation of RSA Encryption Attacks and Its variants

Most low power devices use small d to improve computational efficiency. However, small d can result in complete breakdown of the cryptosystem. This is low decryption exponent attack. If n is the modulus and d is the private exponent, an attacker can very easily recover d.

In addition, if modulus n is k bits long, k/4 is least significant bits of d, an attacker can reconstruct all of d in time linear to e(loge) where e is the public exponent. This is partial key exposure attack.

To defend against common modulus attack, we can make sure that the set of encryption exponents has number larger than 1 as a common factor.

To defend against Blinding attack, we can use one way hash function first.

In conclusion, we have learnt that RSA encryption is an asymmetric cryptography method which uses two different keys for encryption and decryption purpose. It is an acronym for Rivest, Adi Shamir and Len Adleman.

IS BLOCKCHAIN IS THE FUTURE OF THIS GENERATION? 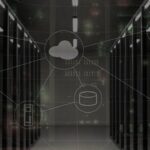