While the world is getting ready to commercialize self driving cars, India still stares at a long road ahead. In India, Traffic accidents are on the rise and the growing number of fatalities are a result of distracted driving. So, there has been a push towards increased car safety and one of these innovations is the driverless or self-driving car.

Challenges that India must overcome before allowing self-driving cars

The Indian automotive industry is one of the largest in the world. It contributes about 7.1% of India’s GDP, and is a major contributor towards manufacturing, job creation, exports as well as foreign inflows.

Undoubtedly, the future of the automotive sector lies in innovation and automation. This is the reason most automotive players are now focusing on driverless/autonomous vehicles (AVs).

As seen in the past, technology waits for no one. No matter how stringent the controls are, what the situation is, you need to adapt. People used to be sceptical about electric vehicles but here we are today, embracing them.

Instead of waiting for the technological changes to haunt us, we’ve got to adapt. Keeping all the pos and cons in consideration. 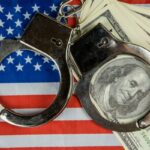 How can we utilize technology to tackle Financial crimes? 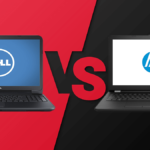 Dell Vs HP Laptop. Which is better – Dell or HP?