Firstly, DOS is an acronym for Denial of Service attack which aims to shut down a network or a machine. Secondly, Distributed denial of service attack uses Bots to attack at the same time. Both the attacks make the network inaccessible to the users temporarily.

Let us take a look at some of its types.

It is a type of attack where attacker aims to disrupt a target machine by sending larger packet. Certainly, packet size is larger than maximum allowable size. It uses Internet Control Message Protocol (ICMP). For instance, attacker will send IP packet larger than 65000 bytes which will cause the machine to freeze or crash.

Prevention of Ping of Death

One way to stop this attack is by adding checks to make sure maximum packet size does not exceed.

Another way is to create a memory buffer with enough space to handle large packets.

This is a type of DDOS attack in which large number of ICMP packets with spoofed IP are broadcast to a computer network. In addition, it uses amplification and reflection tecnique.

Firstly, the smurf malware builds a spoof packet that has its source address set to the real IP address of the targeted victim. Certainly, the number of packets will be increasing by the number of network devices.

A good solution is to disable IP broadcasting addresses at each network router and firewall. Moreover, older routers are more likely to enable broadcasting by default, while newer routers will likely already have it disabled.

On February 2018,1.35 terabits per second of traffic hit the developer platform GitHub all at once. Till date, the most powerful attack that took place on GitHub platform.

GitHub briefly struggled with intermittent outages as a digital system assessed the situation. Within it had automatically called for help from its DDoS mitigation service. Routing all the traffic coming into and out of GitHub. It sent the data through its scrubbing centers to block malicious IP packets. After eight minutes, attackers had relented and the assault dropped off.

Buffer Overflow overwrites the memory fragments of the process which we cannot modify even intentionally or unintentionally. Overwriting values of the Base Pointer, Instruction Pointer and other registers causes some errors, exceptions, and segmentation faults to occur. It occurs when we operate on buffers of char type.

We can protect against buffer overflow by using languages that offer built-in protection or via security measures.

In addition, there are runtime protection. Let’s take a look at them.

This is a type of DOS attack that involves sending fragment packets to a target machine. Target machine cannot reassemble this packet due to bug in TCP/IP fragmentation reassembly, it crashes the target network.

Caching servers are very useful and efficient tool to prevent teardrop attack. These servers can provide static content so that the website can run. 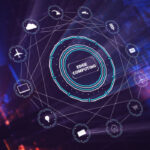 What Is Edge Computing? 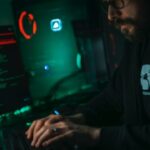 Significance and Role of Hyperautomation

[…] attacks basically targets the performance of the network. This may include network congestion. Also Denial of Service (DOS) attack and corrupt information being routed is possible in such […]