Algorithm Analysis and Design refers to the calculation and prediction of resources that an algorithm requires. Moreover, this includes time complexity and space complexity.

We require analysis to know so that we easily find the most efficient algorithm. Certainly, efficiency of an algorithm is a measure of amount of resources that it consumes to solve a problem of size n.

There are two approaches:

Algorithm is a collection of instructions to produce an output in a specific time. Let us see some of its charateristics:

Asymptomatic notations are the notations like Big O, Theta and Omega which are used to analyze an algorithm’s running time and its growth rate.

This analysis takes place where an occasional operation is slow but almost all other operations are fast. We analyze sequence of operations. And guarantee a worst case average time lower than a worst case time of an expensive operation.

In accounting, assume each type of operation with different cost.

We have learnt about is characteristics and its significance. Also we know the asymptomatic notations like Big O, Theta and Omega. 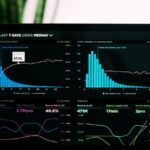 Classification and Clustering in Data Analysis 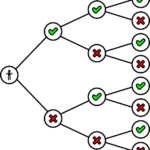