Oracle Normalization Quick References Guide for 1NF 2NF 3NF NORMALIZATION is a database design technique that organizes tables in a manner that reduces redundancy and dependency of data. Normalization divides larger tables into smaller tables and links them using relationships. The purpose of Normalization is to eliminate redundant (useless) data and ensure data is stored logically.

Notes::
Some Oracle databases were modeled according to the rules of normalization that were intended to eliminate redundancy. However, a pure third-normal form (3NF) database can cause high overhead on the Oracle database especially in databases that were designed when disk cost was $250,000 per gigabyte.

If we introduce redundancy to reduce joins, we can retrieve high-volume queries with far less runtime overhead.
I’ve seen databases where a single query form (show me all items for an order) was 75% of system traffic.

Denormalization & Materialized Views – Tables are pre-joined together, queries are re-written to access the MV, and a method (Oracle snapshots) keeps the denormalization in-sync with the normalized representation of the data.

i.Every row should contain a value and every record needs to be unique in our database. ii.Data in each column should be atomic i.e. there is no multiple values separated with comma. iii.That tables doesn’t have repeating column groups. iv.Identify a record uniquely by using a key.

Functional Dependency :: If any given two tuples(columns) in a relation then x(can attribute set) agree then y(another attributes) then x -> y is called FD. (Determinant)x   –>  Y (Dependent) Here, Y is functional dependent on X or X, is functional determinant on Y.

Third Normal Form :: If a table is in 2NF and also non-key attributes are only dependent on primary key.

Web Development with Python and Angular 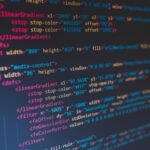 Keep it up. Very Good references and a basic understand about normalization

Hi Guys, Please check the post and let me know if you have any doubts

[…] programming language on Stack Flood in 2015. In those days, Apple said their objective for Quick is “all out and complete world strength”, considering it a “humble […]