Block cipher is a structure which considers block of plaintext as a whole and produces a ciphertext of equal length. Typically, it uses block size of 64 bit or 128 bits.

Moreover, to apply a block cipher to a variety of applications, it uses five modes of operations. Let’s take a look at these modes.

It is useful in secure transmission of short pieces of information. For instance, temporary encryption key.

Moreover, this mode has some weaknesses. If repetitive elements are there, analyst can easily identify them.

On decryption, this IV is XOR’ed with output of decryption algorithm to recover plaintext block.

It is useful in authentication and general purpose block oriented transmission. Similarly, because of chaining mechanism, it is appropriate for larger length of messages.

In CFB, the leftmost significant s bits of output of encryption function are XOR with the first segment of plaintext. It produces plaintext P1 to produce the first unit of ciphertext C1.

Moreover, the b bit shift register is initially set to some value of IV.

For decryption, resultant ciphertext unit is XOR with output of encryption function to produce plaintext unit.

In OFB, the output of the encryption function passes to input for encryption of the next block of plaintext. Moreover, OFB mode operates on full blocks of plaintext and ciphertext.

In OFB encryption, each bit in ciphertext is independent of the previous bits. This avoids error propagation.

Nonce : A time varying value that has at most a negligible chance of repeating. For instance, a random value, a time stamp etc.

Moreover, one main advantage of using CTR is that encryption and decryption can be done in parallel. It is also fastest.

In conclusion, we have seen all five modes of operation in block cipher. Moreover, we have learnt about its application and its comparision. 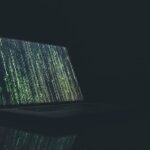 Which is better DES or AES? 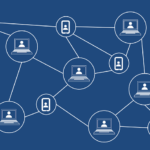 What is Blockchain Technology ?