As the word suggest blockchain is nothing but big blocks of data that can’t be hacked easily. or in other terms it is the system of recording the information in way that makes it difficult or impossible to change ,hack or cheat the system.

Blockchain is the one which is most preferred in cryptocurrency, cyber security. Even Microsoft, Goggle, the largest company IBM do have blockchain.

Blockchain technology enables decentralization through the participation of members across a distributed network. There is no single point of failure and a single user cannot change the record of transactions. However, blockchain technologies differ in some critical security aspect.

HOW DOES BLOCKCHAIN WORKS..

2. Chaining the blocks (with a hash)

3.How the signature (hash) is created

4.When does the signature qualify, and who signs a block?

5.How does this make the blockchain immutable?

6.How is the blockchain governed? Who determines the rules?

7.Where does this leave cryptocurrencies?

WHAT KEEPS YOUR TRANSACTION DATA SAFE..

The records on a blockchain are secured through cryptography. Network participants have their own private keys that are assigned to the transactions they make and act as a personal digital signature.

If a record is altered, the signature will become invalid and the peer network will know right away that something has happened. Early notification is crucial to preventing further damage.

There has been some debate about whether this means smaller blockchain networks could be vulnerable to attack, but a verdict hasn’t been reached. In any case, the bigger your network is, the more tamper-resistant your blockchain will be.

Blockchain do have types as public and private

Public blockchains are public, and anyone can join them and validate transactions. Bitcoin and Ethereum are well-known examples of a public blockchain.

Phishing attacks: Phishing is a scamming attempt to attain a user’s credentials

Sybil attacks: In a Sybil attack, hackers create and use many false network identities to flood the network and crash the system.

51% attacks: Private blockchains are not vulnerable to 51% attacks.

Blockchain security ensures that the blocks are all secured and also the data is also on the safer side.

When establishing a private blockchain, ensure that it’s deployed in a secure, resilient infrastructure. Poor underlying technology choices for business needs and processes can lead to data security risks through their vulnerabilities.

The small video which easily explains about the blockchain. 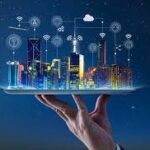 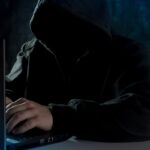 How can we deal with increasing Cyber Crime?