Angular – a JavaScript open-source framework. React, Vue  – are library, when used in conjunction with other tools, becomes a framework. We analyzed the number of open positions worldwide that require a specific knowledge of a certain framework.

Angular is a platform that is used for developing robust web applications. It helps in uniting the declarative template, end to end tooling and dependency injection, and integrating the top performance to resolve the development challenges that developers face. The developers are authorized by angular to develop applications that can run both on mobile and web.

React (also known as React.js or ReactJS) is an open-source front-end JavaScript library for building user interfaces or UI components. It is maintained by Facebook and a community of individual developers and companies. React can be used as a base in the development of single-page or mobile applications.

However, React is only concerned with state management and rendering that state to the DOM, so creating React applications usually requires the use of additional libraries for routing, as well as certain client-side functionality.

Vue.js is a progressive framework for JavaScript used to build web interfaces and one-page applications. Not just for web interfaces, Vue.js is also used both for desktop and mobile app development with Electron framework. The HTML extension and the JS base quickly made Vue a favored front-end tool, evidenced by adoption by such giants as Adobe, Behance, Alibaba, Gitlab, and Xiaomi.

For a real engineer, there is no substantial difference in which framework to choose, because it just takes some time to get used to the new one. In our company, we grow expertise in mostly React and Angular, but Vue.js is also on board. Every framework has its own pros and cons, meaning that there should be just the right choice for every single case during product development. 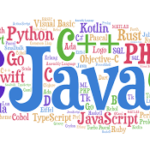 Future Languages of Programming for next decade 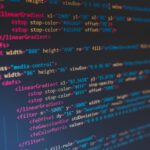 Tizen Operating System – One OS For Everything - Datacyper