In the beginning of coding ,the learner always have doubt which language to choose java or python, c ,c++ or java script.this one uestion always eats our head.

Java is the most popular, widely used object-oriented programming language. The security feature of Java makes it popular and widely used.

Python is an object-oriented (based around data), high-level (easier for humans to understand) programming language.

If you’re wondering who uses Python, you’ll find that many of the biggest organisations in the world implement it in some form. NASA, Google, Netflix, Spotify, and countless more all use the language to help power their services.

2. Data analytics:  Much like AI and machine learning, data analytics is another rapidly developing field that utilises Python programming.

4. Programming applications: You can program all kinds of applications using Python. The general-purpose language can be used to read and create file directories, create GUIs and APIs, and more.

5. Web development: Python is a great choice for web development. This is largely due to the fact that there are many Python web development frameworks to choose from, such as Django, Pyramid, and Flask.

6. Game development: t’s possible to create simple games using the programming language, which means it can be a useful tool for quickly developing a prototype.

7. Language development: The simple and elegant design of Python and its syntax means that it has inspired the creation of new programming languages. Languages such as Cobra, CoffeeScript, and Go all use a similar syntax to Python.

8. Finance: Python is increasingly being utilised in the world of finance, often in areas such as quantitative and qualitative analysis.

9. SEO: Python uses is in the field of search engine optimisation (SEO). It’s an area that often benefits from automation, which is certainly possible through Python.

10. Design: Python can be used to develop graphic design applications.  Python is even used in 3D animation software such as Lightwave, Blender, and Cinema 4D, showing just how versatile the language is.

The language to be choose, always depends on the learner how he/she take it. but python is easy to code when compared to java. starting with easier ones, always builds the interest and helps in learning rather then tough ones. 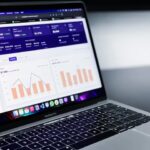