What Is the Gig Economy?

How the Gig Economy Works? Each individual gig or assignment usually accounts for only a part of gig worker’s total income. By combining several tasks for different companies, gig workers can realize cumulative earnings equal to those of conventional full-time jobs. For example, some gig workers drive their cars for both Uber and Lyft, along with renting out rooms in their homes through Airbnb. Other people simply use gig jobs to supplement their regular income.

More and more people are turning to the gig economy as a way to make extra cash, or even earn a living. But where did this meteoric growth come from? A few factors went into making the gig economy so easy to enter. Let’s unpack the main drivers behind the rise of the gig economy.

In the aftermath of the 2008 financial crisis, many people were either unemployed or underemployed. As a result, the demand for temporary work grew exponentially as individuals were looking for ways to replace or supplement their income.  As more people became familiar with the gig economy, gig work became normalized on a larger scale.

The rapid increase in digital technologies Thanks to the internet, a gig worker is able to find work anywhere in the world. Physical geography is no longer a factor when it comes to finding the right people to work with—whether you’re a freelance illustrator looking for an author, or an agency on the hunt for an SEO specialist to help with a big project.

In addition, cutting-edge technology has resulted in the creation of digital, often app-based, gig economy platforms that link consumers directly with workers. Amid the global COVID-19 pandemic, gig economy workers have become essential for providing a sense of normality and keeping services running that otherwise wouldn’t have survived the crisis. From vital contactless food and medicine deliveries to online teaching services, gig workers have offered much-needed assistance during lockdowns all over the world.

Benefits of the gig economy

Challenges of the gig economy

In conclusion, the gig economy will continue to rise at a rapid rate in the coming days for good. It can compensate for the high unemployment rates in India. It’s a good thing that the gig workers are officially recognised and brought under the ambit of social security schemes. Working on the challenges of the gig economy to improve the working conditions is the need of the hour 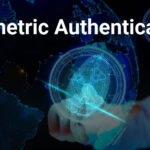 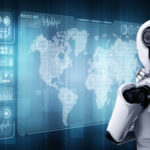